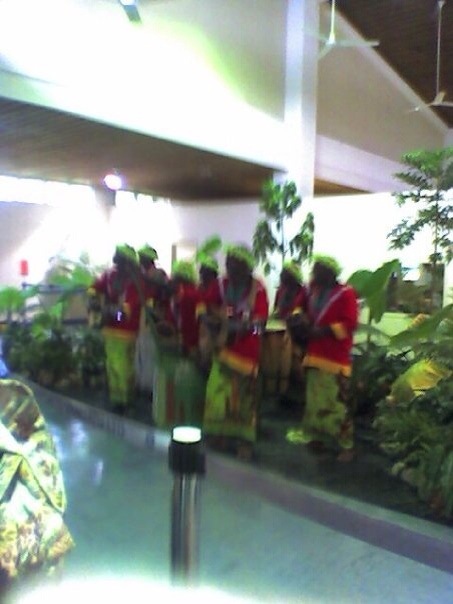 One more sleep until we receive an enthusiastic welcome aboard a flight, and onto the country which holds our hearts- Vanuatu.

A beautiful country, spread out over upwards of eighty islands. Here you can snorkel or swim in pristine waters, visit an active volcano, witness the bravery of the land diving, the list is endless.

Main languages are Bislama, French, and English. Each village usually has their own language which is why there are over 100 native languages. On Efate, where the capital Port Vila lies, a villager can travel less than a kilometre down the road to the next village, and not understand their language. Most native languages are named after the island they are used upon. English is widely spoken, however it is often a form of pidgin English.

From Brisbane, return flights are easy to obtain, under AUD500 if you book early enough. 4-6 months out will see some fantastic flight deals with their own Air Vanuatu. Choose to fly Air Vanuatu and your holiday will begin upon boarding. A seemingly endless supply of food, drinks and the friendliest staff are all inclusive of your ticket.Accommodation rates vary from backpackers through to resort style.

If you are expecting glossy, pristine resorts and to drive down a road like you do at home, you will be disappointed. Resorts are generally clean, however, maybe sometimes things will be a bit worn, who cares as long as it’s clean. Roads exist – in places, however potholes dominate the roads and would probably outnumber the vehicles!

Crossing the road takes skill and swiftness in parts of Port Vila, yet somehow the locals look completely casual as they stroll out in front of swiftly moving, horn beeping vehicles, a noise they appear totally immune to. They arrive on the other side unscathed, whilst you arrive less a few arm hairs, with a rapidly increased heart rate! Good for metabolism I guess. If you stay for any length of time you will work out where not to cross the main road.

Dawdle at the side of the road, or hesitate for moment, you will be besieged by taxis and buses. Now that may bring visions of the type of buses and taxis you are used to, however, I assure you these are not your typical modes of transport. Basically they look the same, usually mini vans. To distinguish the difference is easy, a bus number plate starts with a B, a taxi plate starts with T. Like I said easy. The only difference is the price. Buses are cheaper than taxis. Be sure to agree on the price for where you want to go, before embarking on a ride.

This could well be the ride of your life with the main road rule being, drive on the right hand side, whilst conveying your intentions to other road users, via the horn!

So many forget this is a third world country. Here there is no such thing as a Welfare system, no taxes apply, and work is generally shared to make it fair on everyone. Families have their own plots of land to harvest, children are generally not receiving a full education as families earning so little cannot afford to pay under AUD100, per year to send a primary school age child, to school. Fees of over AUD200 per year prevent most children from ever receiving an education, year 7 onwards. We are fully loaded with school supplies for the school where we directly sponsor some children’s education. This time, we have the pleasure of meeting our children and attending the school assembly. It will be delightful to put faces to names and spend time with these beautiful people.

Over the next ten days, whenever the intermittent Vanuatu Internet network allows, I will keep you posted with the places we visit and the beautiful people we will meet.

Now it’s back to the packing, before we head off on the next adventure, where no doubt more of these delightful signs will appear….