Even the dull skies and threatening rain could not dampen the spirits of those who attended. Totally awesome to see so many families enjoying an evening out, perusing the many stalls, dining from the food vans and enjoying the entertainment on offer.

What a wonderful assault on the senses! The air was filled with the sounds of music, machines and laughter, all competing against the chatter of flocks of bird life, eagerly gathering for their usual dusk meal and daily catch up. The smell of many different foods, wafted through the air, enticing hungry patrons to eat their fill.

A big hit with young and old alike, was the baby animal nursery. All were so cute, very friendly and active, but one little man stole the show. Marvin, the 5 month old baby camel.

Marvin was more than happy to voice his disapproval at what he perceived to be a delay in the arrival of his dinner. Whilst his milk was warmed and feed prepared, Marvin took great delight in loudly proclaiming how hungry he was. 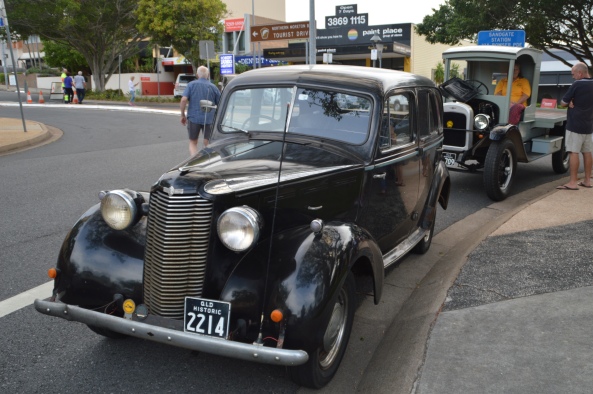 Vintage cars drew many looks and comments. These old girls were part of the parade too. Lovely chatting to the proud owners and hearing the history. For instance the Chevy Ute at the back of the photo above, had refurbished timber from different structures around Brisbane. This old Ute had been in the same family since 1926, with the original registration papers still kept. The back of the cab was made with timber from one of the old city swimming pools. 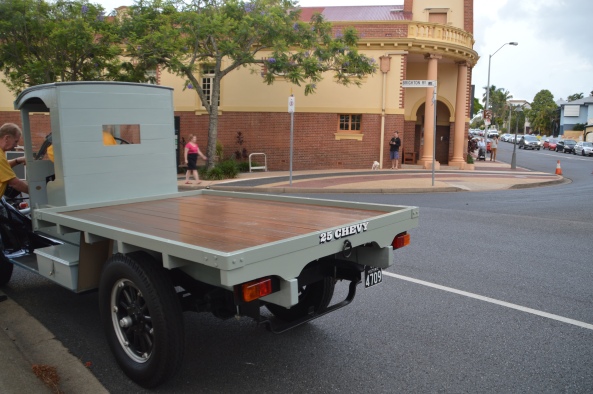 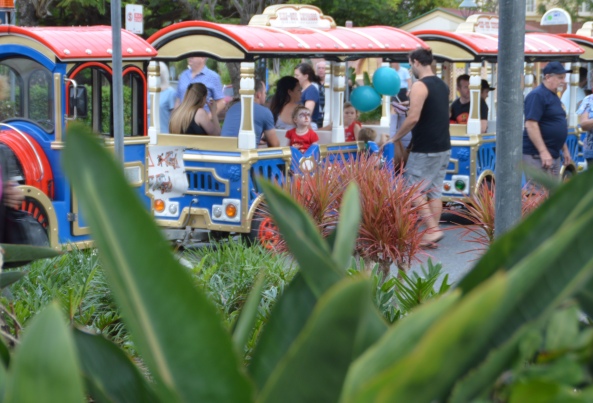 All aboard the express! Families rode in the train as it traversed the street. Others climbed the rock wall, bounced on the bouncy castle, took a spin in a spinning cup or found something amongst the many stalls to keep them amused until the Christmas parade began at 7pm. 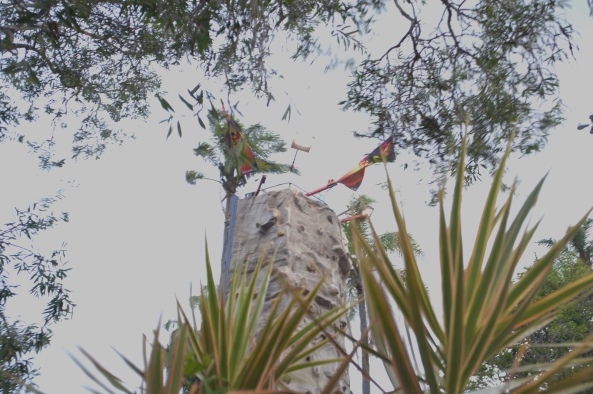 The happy crowd enjoyed some free handouts from local businesses, including the water donated by Cafe63, show bags from the doctors and Chemist Warehouse. Friends caught up, whilst strangers traded happy remarks. It was truely wonderful to see so much community spirit come to the fore.

Much to great delight of the children, parade time came round, hearlding the arrival of the jolly fellow in red, Santa Claus himself. Full of wide eyes and excitment, the children proved Santas arrival was the icing on the top of truely enjoyable evening.

Animals, vehicles, people and even a longboat, paraded down the street in front of everyone. Bringing up the rear was a young lady, covered in a string of lights, who showed her impressive poweress on a bar across the back of a ute.

If you missed this years event, be sure to keep an eye out for details next year. I’m told the crowd attendance well exceeded last year, proving the popularity of this community street party.

To all those volunteers who worked, businesses who participated and donated, to bring this enjoyable event to the local community, you should give yourselves a well deserved pat on the back!

The success of the evening is proof you are doing great work.